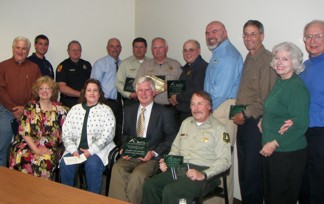 In April of 2007 the Alliance presented awards to various individuals and agencies which have provided significant support to the fire safe councils in their efforts. In the Riverside County area these included Kevin Turner of CalFire, Norm Walker of the U.S. Forest Service and the Riverside County Board of Supervisors.